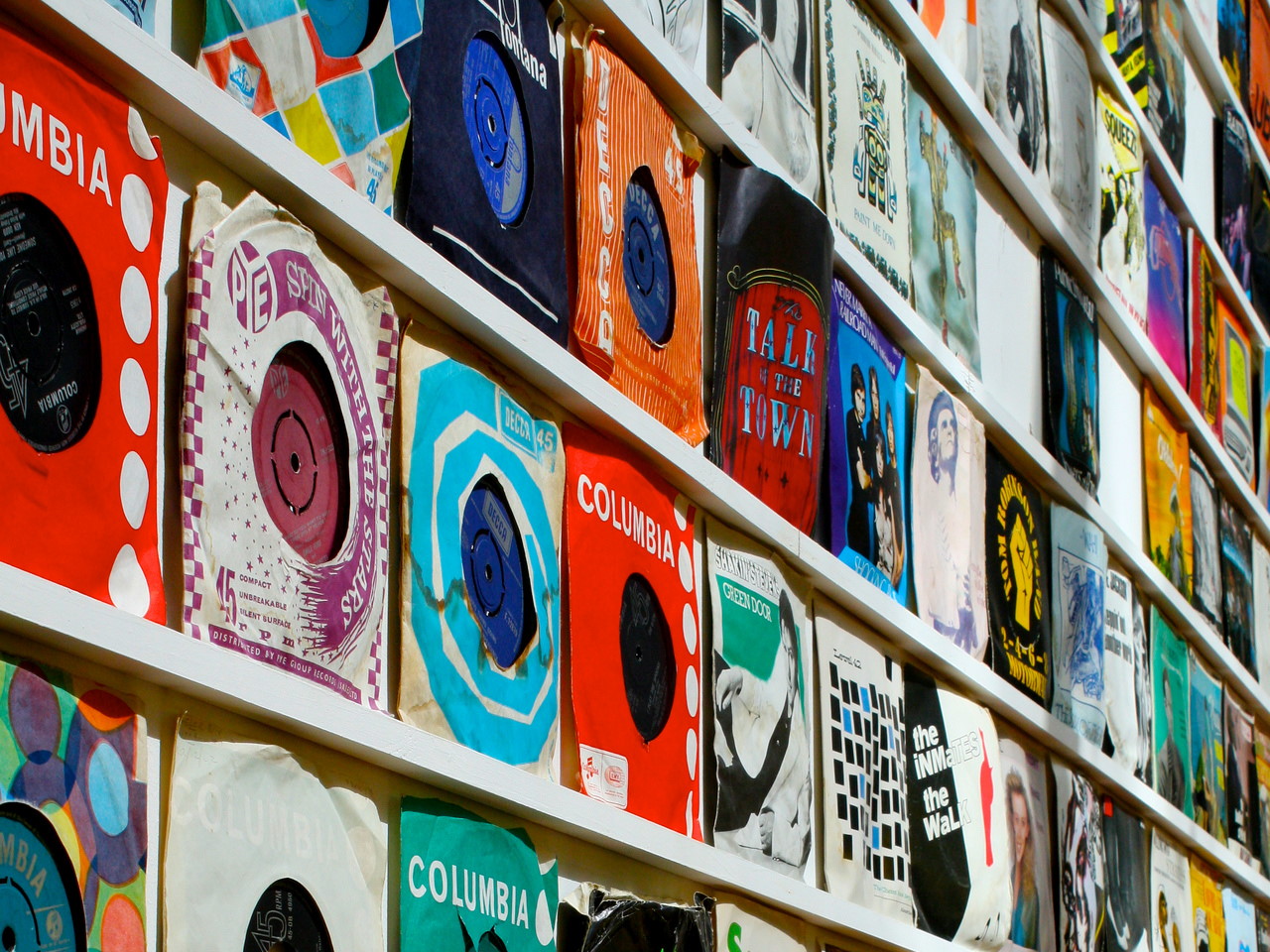 I recently ended up down an Internet rabbit hole and ended up stumbling onto this KLF discussion on the cult book ‘The Manual (How To Have a Number One – The Easy Way)‘.

* “Every Number One song ever written is only made up from bits from other songs. There is no lost chord. No changes untried. No extra notes to the scale or hidden beats to the bar. There is no point in searching for originality. “ 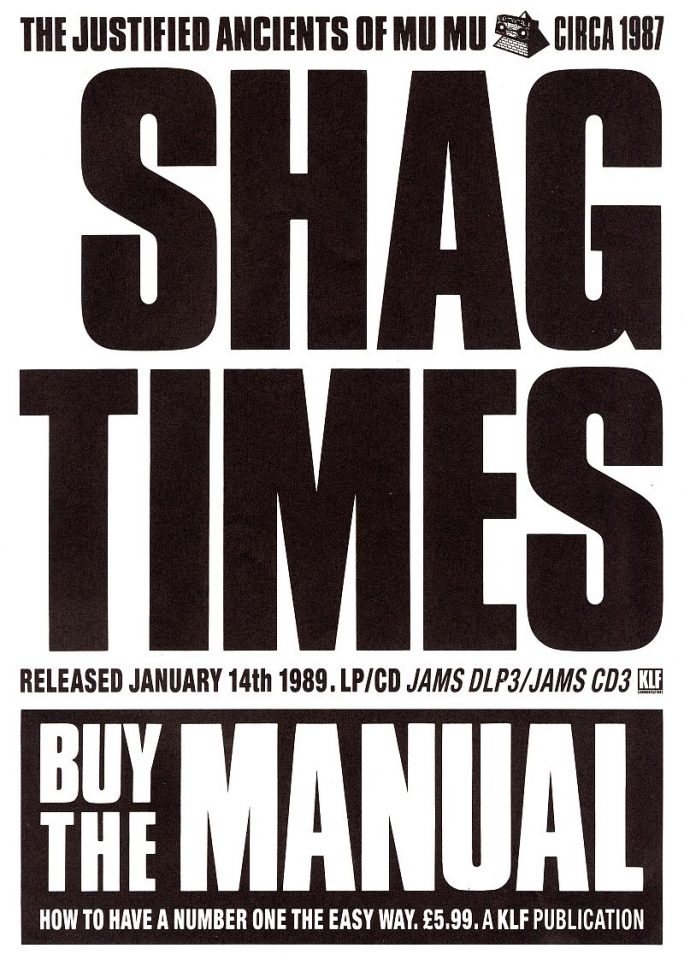 That reminded me of when I first discovered the book. It was the early 90s (though the book originally appeared in 1988) and I’d been stumbling around as lead singer of the Fruit Eating Bears (not the 70s punk band of the same name) travelling from one disastrous gig to the next for a while and it was getting boring.

* “All bands end in tantrums, tears and bitter acrimony. So if in a band, quit. Get out. Now. That said, it can be very helpful to have a partner, someone who you can bounce ideas off and vice versa. Any more than two of you and actions develop and you may as well be in politics.”

I’d happened across ‘the Manual’ at the local library (pre-Google!) and was fascinated by the straightforward and easy to understand instructions on how to have a hit record. I quit the band after one more drunken gig and fled to London from South Yorkshire and decided to pursue a ‘career’ in dance music.

The appeal of getting involved with dance music was mainly due to the fact that you didn’t have to learn to play an instrument first, and you could steal all the best ideas using samples from other records. Brilliant.

* “If you are already a musician stop playing your instrument. Even better, sell the junk. It will become clearer later on but just take our word for it for the time being. Sitting around tinkering with the Portastudio or musical gear (either ancient or modern) just complicates and distracts you from the main objective.”

It took me about two years (compared to the books suggested three months) but by 1995 I’d had that elusive hit record in the UK top 40 pop charts with a record that had the vocals stolen from an acapella from the b-side of an Italian single and the disco hook from an old disco record (naturally). This blatant disregard for sample clearance protocol lost me 40% of the publishing but looking at it philosophically, 60% of something was always better than 100% of nothing.

Better still, the hit record and a follow up had both been released by 80s pop factory PWL, the hit machine given the thumbs up by the authors Bill Drummond and Jimmy Cauty in the book.

Surprisingly the book hasn’t lost much of its appeal since it first appeared twenty years ago. If you’re American lots of the 80s cultural references will be lost on you (that’s what Wikipedia’s for right) but a lot of the instruction is still relevant today and with the advent since of social media, 90s Napster/P2P and downloads counting towards sales charts (none of which were around in 1988) its probably even easier.

Other successful acts have since used the long since out of print book as a ‘blueprint’. Edelweiss, the Pipettes and most recently successful UK ‘nu-rave’ act the Klaxons have confessed to having also used the book as an ‘influence’.

* “It’s obvious that in a very short space of time the Japanese will have delivered the technology and then brought the price of it down so that you can do the whole thing at home. Then you will be able to sod off all that crap about going into studios.” (Bill Drummond/Jimmy Cauty-1988)

Seeing as the book is out of print (and listed at £85 second hand on Amazon) there’s a text version of the whole book here. 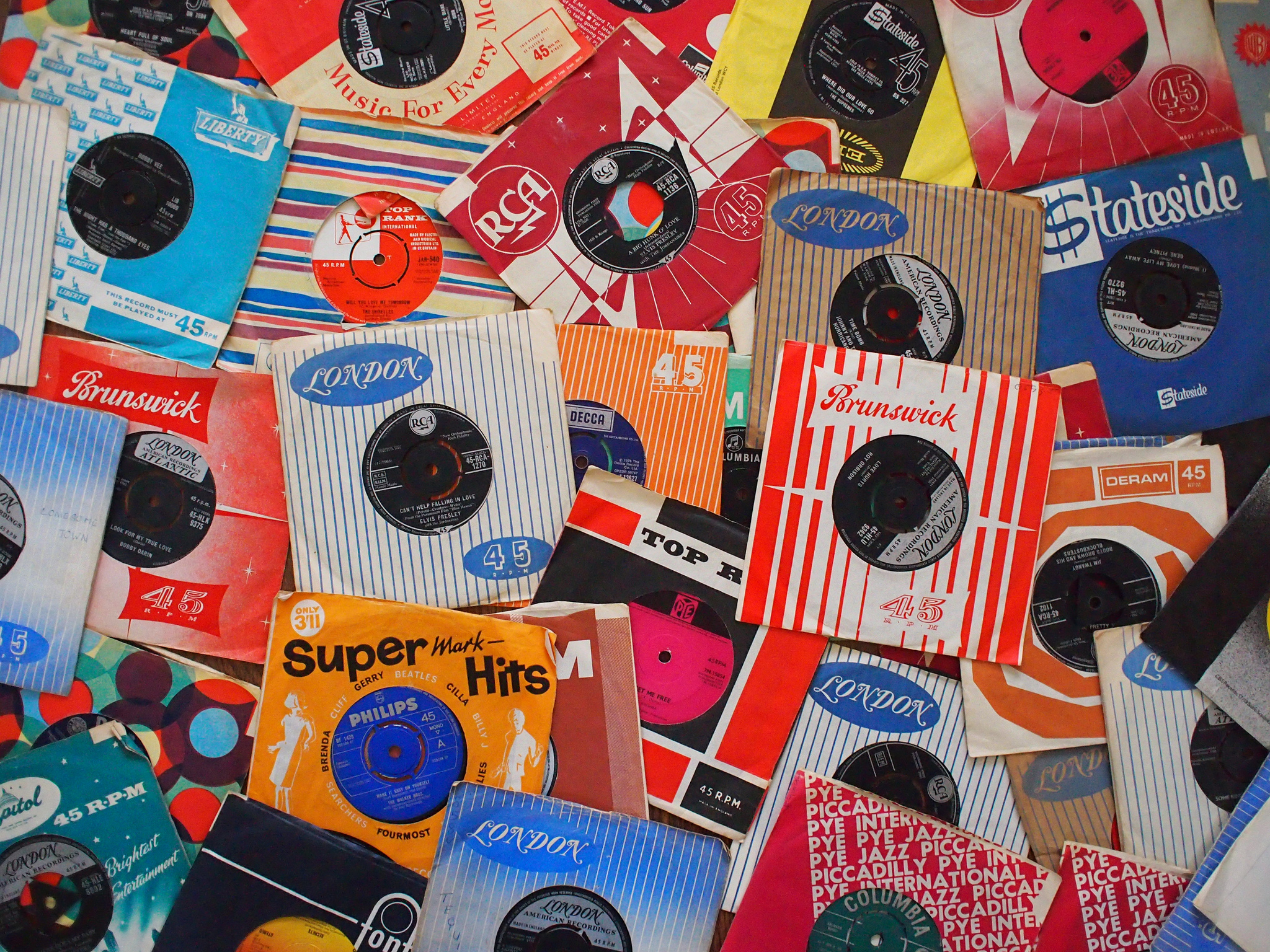 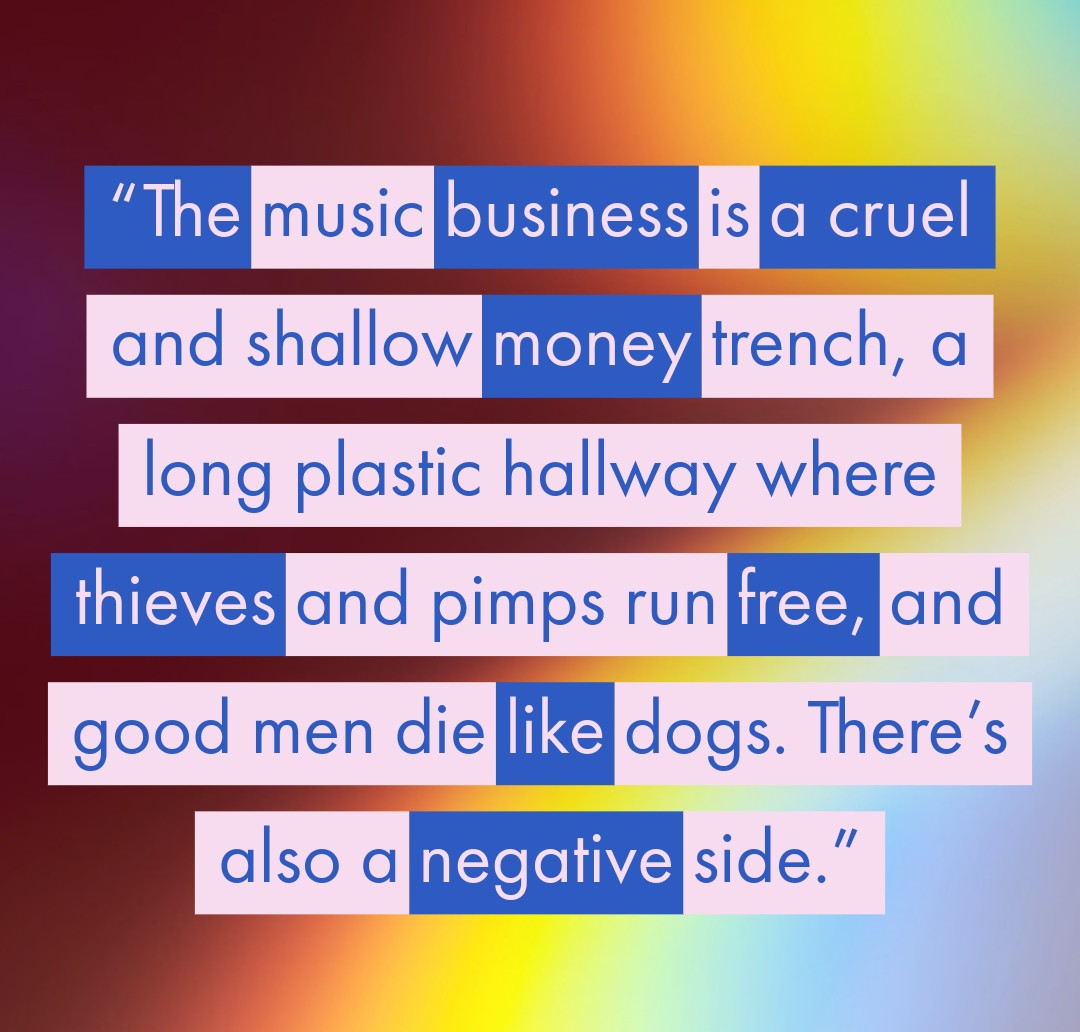 The Music Business is a Cruel and Shallow Money Trench

“The music business is a cruel and shallow money trench, a long plastic hallway where thieves and pimps run free, and good men die like dogs. There’s also a negative side.” One of the best and most misused ‘quotes’ about the music industry, allegedly from Hunter S Thompson’s book “Generation of Swine: Tales of Shame […]